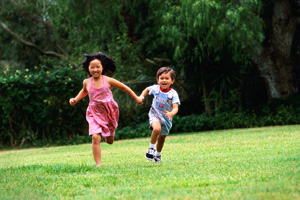 There is nothing more satisfying than observing the social development of children. One day recently I was sitting in the park talking on my cell phone. As I talked I noticed a group of boys about seven or eight years old. They were playing a game of volleyball. No adults were in sight at that moment. The boys had evidently chosen teams and come up with their own rules for the game.

I was sitting in my car far enough away from the play that I didn't hear anything they might have said to each other but I saw no signs of conflict. They played together for at least fifteen or twenty minutes before a teacher came and gathered them up to walk back to the school. Very impressive!

Of course it takes some time and lots of experience playing with others before a child develops the skills necessary to play cooperatively with other children. It takes even more experience and time before a child is able to take turns and play games with rules. The skills displayed in the above scenario were based on previous adult guidance, adult modeling and lots of social play experiences.

I enjoyed watching as a teacher in a preschool classroom played next to a lone child. The teacher and the child were each building with blocks (parallel play). The child was so interested in what the teacher was doing, the child asked if she could help the teacher with her building. Eventually more children joined the play and this child, possibly for the first time, became involved in cooperative play.

Another time a child approached this same teacher in tears because the other children wouldn't let her play house with them. The teacher walked over to the group in the dramatic play area with the very sad little girl. The teacher said to the group of children, "What can Jeni be?" Jeni was happy to be the dog. (Other children had become the baby, the neighbor, the babysitter, and the dad.)

Sometimes children exclude other children because they believe all of the roles are filled. Eventually Jeni was encouraged to introduce herself into the play theme and was accepted by the other children.

It is helpful to have toys or set up experiences that encourage cooperative play for social development. One day I was in a classroom that had large hollow wooden blocks. I could tell that the children in this classroom had previous experience working together to build with these blocks.

Eventually every child in the classroom was engaged in some way. We all clapped after each performance. The audience and entertainers alike were very involved in the process. Play time was extended until the activity wore down. What a fond memory! This is what social development in early childhood education is all about. 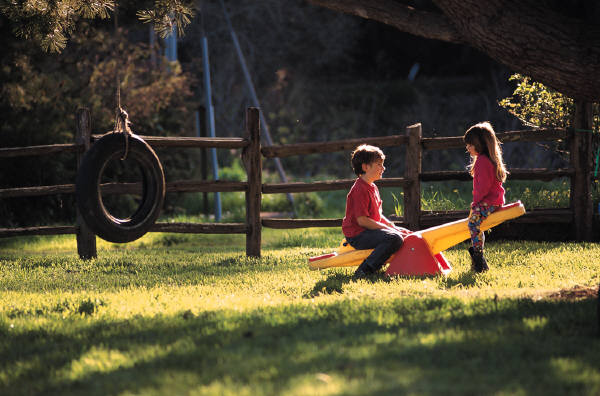 Children who display challenging behaviors have not yet learned to react appropriately in certain situations. It is our job as parents and teachers to be aware of the skills each child needs in order to get to the next level of social development.

Children need to be taught to negotiate, compromise and cooperate with each other. Conflict resolution is a wonderful aide for teaching social skills to young children who are constantly experiencing social problems during play.

I have seen conflict resolution taught to children so effectively that the social development skills of the target child reach the next level of development. In fact, during the course of a school year a child may eventually get a handle on all of the steps of conflict resolution and not need much help from an adult.

Often people will tell children, "If you can't share that toy, I will put it up." Putting the toy up may solve the conflict, at least temporarily. But the children have learned nothing about solving their own problems. Teaching children to resolve their own conflicts takes time but it also pays off.

I have noticed that some children do not even realize what the problem is that is causing conflict. They just know what they want. So, of course the first step is to help the children see the problem clearly. It is very important that the adult not impose her judgment on the children. I have observed in a variety of early childhood settings. I often notice that adults tend to place blame. "You took that toy away from Billy. Give it back."

The actual issue here is that both children want the toy and they need to figure out a solution that will make both people happy. The teacher's job isn't so much to place blame but to help the children see the problem and come up with viable solutions. In the beginning, the teacher often will give the children words and make suggestions. When the children offer solutions the teacher helps the children decide which solutions might work for them.

You would think that once children understand the problem and come up with a solution your job would be done. But, be aware of becoming too comfortable with that notion. Remember these children don't have much experience with the concept of problem solving and may need help making the solution work.

I recently spent quite a bit of time in a preschool classroom with a little boy  who needed help with his social development. He was constantly grabbing toys from other children and sometimes hurting them to get what he wanted. The teachers appeared to have a handle on the whole conflict resolution thing. Well, part of it anyway.

They were constantly saying to the other children, "Tell Jimmy that you don't like it when he does that." These teachers get an "A" for teaching children to use words to solve conflicts.  Neither teacher went to the scene of the incident to see what was going on however. Neither teacher taught Jimmy how to get what he wanted by using his words.

At first I was impressed with the skills the other children in the classroom were developing. But as I watched I became very agitated. Every time Jimmy got near the other children they used their words, "No Jimmy, I don't like that, I need that, go play somewhere else," etc. Well, at least they didn't hit Jimmy! But, of course Jimmy really didn't care too much about their words either.

As Jimmy was pulled out to work in a small play group with a couple of other children he was guided to use appropriate social development skills. He learned to ask for toys he wanted. He also learned that it was OK to say no if someone didn't want to share a toy. He learned to say, "Can I have it when you are done?" Wow! What an accomplishment. Jimmy was learning skills that would serve him all his life.

The skills Jimmy learned in his play group could have been learned more effectively during choice time, small group time or even while playing outside with the other children. Choice time and outside time are the two best times to teach social development skills. If we are not teaching social skills during these very teachable moments we are doing our young children a terrible injustice. Teach, teach teach when the time is right. Emotional and social development skills definitely need to be taught!  If you are a teacher be careful not to overlook this most important part of your job. 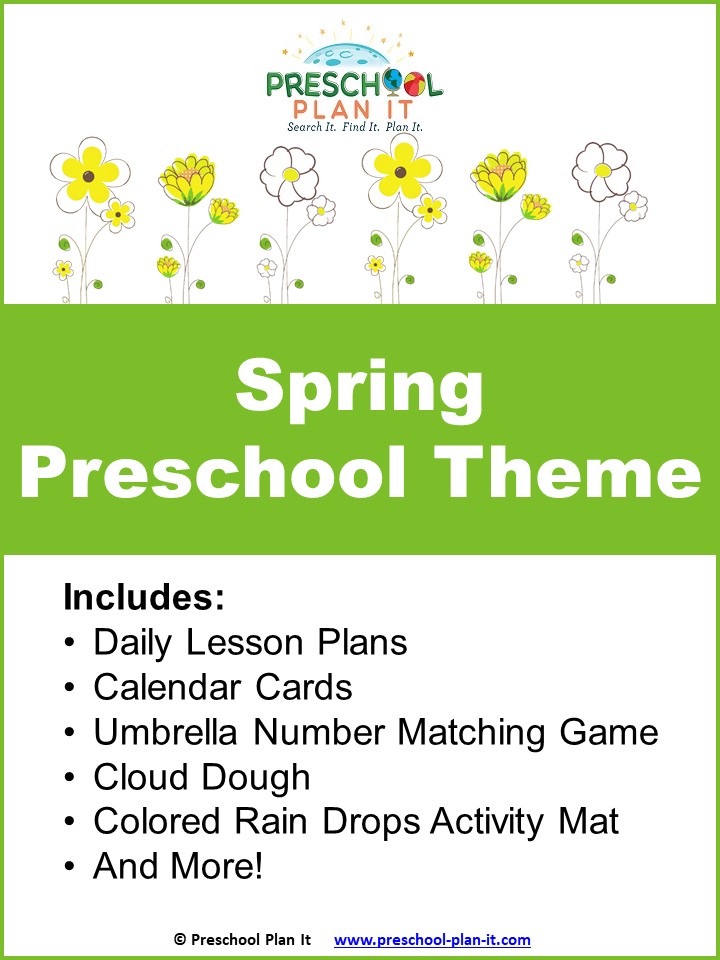